Posted on June 13, 2018May 24, 2021 by pawsitiveschoolcounselor Posted in Books, Books for Holidays, Books I Love, Team Work/Problem Solving

This is my favorite book to read before we head into summer! Here is how I use I’M BORED by Michael Ian Black

This is one of my favorite stories to read before summer time. If you are a parent, you’ve probably heard “I’m bored!” at least once especially when it’s raining and the kids can’t go outside or when they can’t use their iPod/iPad!. This book really encourages creativity. Plus I giveaway potatoes during the lesson to encourage good behavior.

Read this book as a Reader’s Theatre. Next, partner or group students and gave each team a potato. Challenge them to brainstorm all of the things they could do with a potato when they are feeling bored. The goal was to be the team with most creative answers. The challenged really encouraged them to use indoor voices, because if they yelled other teams would hear their answers. 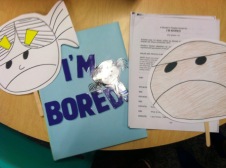 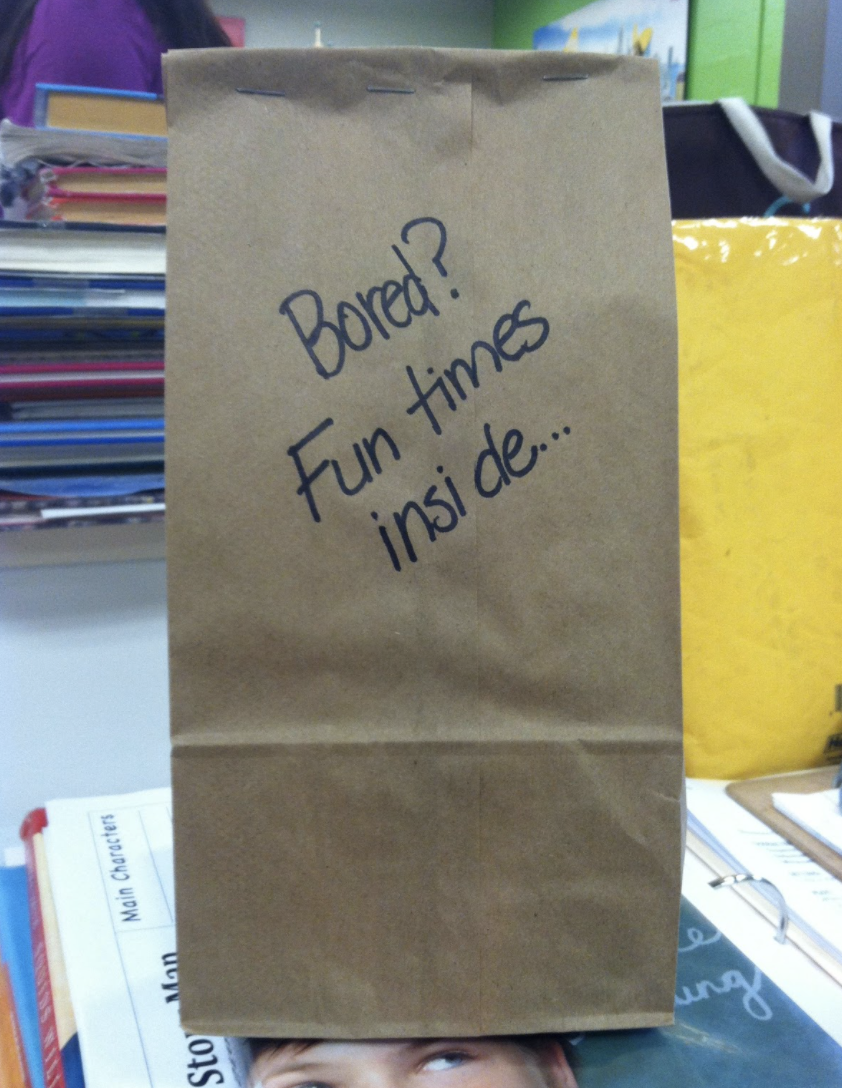 The student that had the best behavior in class got to take their potato home with the chart! Yes, they all really wanted the potato. Here is the letter I send home with students:

Personal and fun story about this lesson:

After reading the story we broke the students into pairs. We have two students in that class that we have to keep an eye on. One is a behavior problem- constantly being defiant and engaging in attention seeking behavior. The second may have Autism (you know just waiting for that confirmation kinda kid) and struggles excessively with peer interaction and social skills. For this reason we asked him to not partner with anyone, but instead asked him to help us watch the teams and find them teams that were working well together. If he saw anyone fighting, talking too loud, doing inappropriate things with their potato he could disqualify them. He took this job very seriously walking around monitoring. ( He was so observant I later said I would be more scared if he did my evaluation than my principal.) He even spent the time coming up with his own answer- tape the potato to swing and push it.

When the teams shared their answers he was allowed to call on the students that were sitting quietly, criss cross, and listening. He took his job seriously, thinking hard to pick the best student and then calling on them (yay for practicing names). He made sure everyone had a chance, in fact he called on one girl and said “I am confused, have you had a question before? Oh wait yes you did, so it’s *blanks* turn.” The students respected him and waited patiently. As they answered he responded to each with a “good idea or oh yeah that’s great.” He also acted out each answer. My favorite was the “make it a cup” idea. He said “yes good idea, but be careful that water will taste funny.” The entire class burst into laughter. One team said make it a volcano and he suggested they use hot sauce to make it look like it exploded. I was beyond proud of the social skills he practiced, it was huge.

When he called *Hank, Hank said “my team came up with 508 answers, but *Madison (his teammate) why don’t you go ahead and share your favorite.” I literally “awww’d” out loud. Real teamwork in action. Next a student answered with a very serious face, she calmly stated “you could give your potato to a family that needs food.” I got goosebumps.

Lastly, as the other students checked out books before leaving without prompting the two kiddos of concern found the masks we had used and went behind the white board. They stood on chairs and when I looked up I realized they were acting out the entire book as a puppet show. Classic!!!!

*Names have been changed to protect the adorable.

I created this freebie for all your at home learners.

Read more about this lesson here.